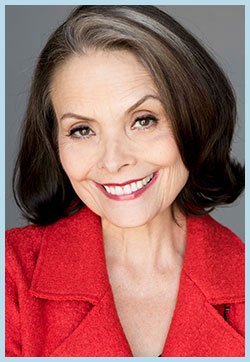 For over three decades expert biographers of literary narrative nonfiction have relied on Cathy’s unique background as a journalist and licensed private detective. She has contributed research, interviews, and storytelling strategies for 24 book titles, 17 of which are national bestsellers, written by internationally acclaimed biographers. They include J. Randy Taraborrelli, whose Jackie, Janet and Lee: The Secret Lives of Janet Auchincloss & Her Daughters Jacqueline Kennedy Onassis & Lee Radziwill (St. Martin’s Press, January 2018) was an instant New York Times bestseller.

For fifteen years Cathy was legendary syndicated columnist Liz Smith’s west coast editor, as Liz was fond of referring to her as, “Cathy Griffin, my Los Angeles leg woman.”

Cathy was the Los Angeles Bureau Chief for the Australian publication New Idea from 1999-2006. During 2004-2006, she was Editor-at-Large of Bauer Publication’s Life and Style magazine.

She is the author of Dirty Sexy Money: The Unauthorized Biography of Kris Jenner, published in January 2021.

Her book, the memoir of the head hairstylist at MGM during the Golden Age of Hollywood, Sydney Guilaroff,,Crowning Glory, Reflections of Hollywood’s Favorite Confidant led Liz Smith to write in the NY Post and Newsday: “…an elegantly entertaining tome.”

In 1993, Cathy persuaded movie star Elizabeth Taylor to grant unprecedented access to her famous friends for a one-hour documentary for the Arts and Entertainment’s “Biography” series. The documentary depicting the life of the legendary actress, which Cathy wrote and produced, earned the cable network its largest ratings at the time. In 1997, Cathy was hired by Tall Pony Productions as a consultant for the production of Ms.Taylor’s 65th birthday party which aired on the ABC Network.

Her producing credits include segments for Extra, Hard Copy, A Current Affair, Geraldo Rivera’s Now It Can Be Told, ABC’s Prime Time Live and The Montel Williams Show, Griffin has appeared as a celebrity correspondent on Entertainment Tonight, CNN, MSNBC, CBS, FOX, and E! Entertainment.