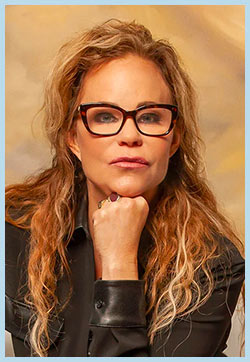 Dina LaPolt is the founder of LaPolt Law, a Los Angeles-based law firm representing some of the world’s top entertainers and entrepreneurs. She is an expert at solving sophisticated legal and business issues relating to contracts, copyrights, trademarks, rights of publicity, and litigation.

Her background in law, music and teaching — and her exceptional attention to detail — combine for an approach to client problem-solving that is unique in the industry. She also serves as a forceful activist for creators and celebrities, working on legislative matters that affect the rights of her clients.

Through innovative deals, highly personalized service, social justice initiatives, and a passion for doing right by artists, LaPolt Law consistently ranks among the top firms in the entertainment industry — and is the only law firm of its stature founded and operated by a sole female attorney.

LaPolt’s industry-leading expertise has changed the lives of thousands of music creators, notably through a range of legislative issues, including a landmark update to copyright law — 2018’s Music Modernization Act. She scored another crucial public policy win in 2020 when her work with Congress ensured music professionals would be eligible for pandemic relief via The CARES Act.

That same year, LaPolt’s advocacy also led to the repeal of 50-A, a section of New York’s Civil Rights Law that had been one of the strongest police secrecy laws in the country. In 2016 she orchestrated a lawsuit on behalf of Songwriters of North America (SONA) against the U.S. Department of Justice to fight a licensing mandate that would have devastated the incomes of songwriters worldwide.

From a single client in 2001, LaPolt Law’s roster is now among the most diverse in the industry and includes top music artists from an array of genres; iconic catalogues and a growing number of fashion, beauty and lifestyle influencers. The powerhouse boutique also specializes in catalogue sales, brand partnerships, executive employment contracts and emerging media (NFTs, Web3),

LaPolt, a 1996 graduate of John F. Kennedy School of Law, and earlier the State University of New York, New Paltz (where she earned a bachelor’s in music), has taught and lectured throughout the U.S., Canada and Europe. For nearly 20 years she taught the popular UCLA Extension course, “Legal and Practical Aspects of the Music Business” — a class so comprehensive it became a rite-of-passage for industry newcomers and veterans alike.

Among LaPolt’s earliest clients was the activist Afeni Shakur, (mother of Tupac Shakur), with whom she worked for 13 years after helping her secure the rights to her son’s estate. LaPolt and Shakur ultimately oversaw the release of ten posthumous Tupac albums and several books, among them the critically acclaimed The Rose That Grew from Concrete.

LaPolt was a co-producer of the Oscar-nominated documentary Tupac: Resurrection, and in 2022 was engaged by the Shakur estate to produce Peace, Love & Respect: The Afeni Shakur Story, chronicling the activist’s work as a key figure in the Black Panther party.

An outspoken critic of racially motivated laws, LaPolt helped secure the high-profile release of rap artist 21 Savage from an ICE detention center in 2019 after he was unfairly targeted by the Trump Administration due to  his race and immigration status.  Separately, she took on the Trump administration again (and again) to prevent its unlicensed use of the music of her clients.

She is currently working with members of Congress to develop federal legislation that would curtail discriminatory practices such as permitting rap lyrics to be used in court as evidence of a defendant’s guilt — a topic she wrote about for Variety. In 2021 she was honored for her activism in the Black community as the recipient, alongside civil rights attorney Ben Crump, of The Black Music Action Coalition’s Agent of Change Award.

In 2019 LaPolt became the youngest attorney — and only the second woman in history — to receive The Recording Academy’s prestigious Service Award at its annual Entertainment Law Initiative event. That same year she was inducted into Billboard’s Women in Music Hall of Fame.

She is frequently named to many ‘best-of’ lists, including Billboard’s Power 100, The Hollywood Reporter’s Power Lawyers, Variety’s Dealmakers Impact Report, Super Lawyers, and others.

A co-founder and board-member of Songwriters of North America (SONA), LaPolt also serves on the boards of We Are Rise (a developmental skills non-profit for girls of color) and City of Hope’s Music, Film and Entertainment Group.

Since 2022 she has served on the board of the Neil Lasher Music Fund — a non-profit that provides financial assistance for addiction and recovery treatment to those in the music business. LaPolt is sober and has been in recovery since April 19, 1998.