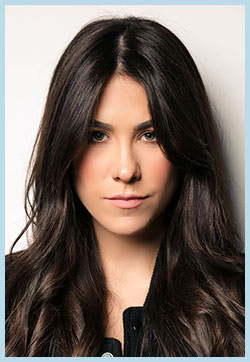 Elle Cameron-Kaufman got some good career advice from her dad, the late Rock Music Manager Howard Kaufman, who told her to learn every aspect of the music business.

She began her career in the music industry at the age of 16 at Azoff Music Management where she worked with artists such as The Eagles, Christina Aguilera, and Fleetwood Mac.

From there, Elle went on to intern at Live Nation and HK Management. After initially being told the program was full, CAA’s Head of Music, Rob Light, offered her a position on his team where she booked tours, worked on marketing campaigns, and coordinated partnerships for some of the world’s biggest artists, including One Direction, Justin Bieber, and Ariana Grande.

After college graduation, Elle joined her father’s management company until his tragic and sudden death. Feeling lost, she sent her resume across town hoping to land a job somewhere in the industry. She ended up with a response from Larry Rudolph, who connected her with Adam Leber of Maverick (Miley Cyrus, Fifth Harmony, Lil Nas X), and she started working for him the day they met.

In May 2020, Elle joined Universal Music Group’s newest team (Music Strategy & Tactics) as their Pop Curator & Strategist. Under the leadership of Mike Biggane and Sam Juneman, she worked alongside all UMG labels to create innovative strategies for their artists (including Taylor Swift, Billie Eilish, J Balvin, and Alesso) to market and drive revenue in the ever changing landscape. One of the more notable projects led by Elle was the launch of the Taylor Swift chapters that went alongside her albums – Folklore, Evermore, and the Fearless re-records. These significantly helped to drive track discoveries, extended the life cycle of the albums, and led to the breaking of new records. Aside from album campaigns, Elle also curates playlists, creates new curation brands, and runs large scale campaigns around key moments in artist careers at UMG.