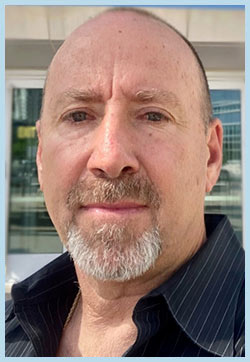 Mike DiVicino, aka “Mikey D,” spent the last 29 years behind bars due to his crimes and alleged ties to the Italian Mafia. After a high speed chase through Los Angeles in 1990 he was arrested and the DA threw the book at him because he would not cooperate.  He was sentenced to serve 3 life sentences, the rest of his natural life, in a maximum security prison.

While at Folsom Prison, Mike made it his mission to help the new younger inmates who were being recruited by gangs, escape his same fate. His message to them is simple: “It’s just not worth it.” In 2000 Mike was moved to the Nevada Department of Correction on a hardship transfer due to his parents’ illness. There he became a platoon leader of a military-based program called the Structured Living Program. Additionally, he went on to author and advocate for the implementation of prison programs such as “A Better Way,” the “Last Chance” program, “Point Man,” and “MSI- REACH,” (Middle School Intervention, Reaching Early Age Children.)

All the while, Mike was collecting letters from fellow inmates who wrote first person accounts about their journeys, to send to schools, cautioning kids that drugs, alcohol, gangs, and bad decisions can have long term consequences. These letters became the basis for his book Dear Joey: Letters From Prison: Book 1.

Letters from hardened criminals like 35 year old “Ray” who is doing 6 to15 years for stolen guns after already doing 4 to 15 years for burglaries tells readers that prison “is probably the closest a man can come to hell.” “Daniel,” 33 years old, writes about his 14 years in prison  because of drug use and criminal behavior. “I’ve literally wasted all of my 20’s and some in a 6’x9’ prison cell,” he said. “Kam,” who missed out on a professional football career says, “ I could have lived a dream of playing in the NFL, instead I wake up in a cell with regret. It’s much better to learn from others’ mistakes rather than your own because our own are much more costly.”

Mike expected to spend the rest of his life in prison but on August 14, 2019, nearly thirty years after his incarceration, he was released from the Warm Springs Correctional Facility in Nevada and began the transition back into normal life. Mike was handed a strange device aptly named a “Smartphone,” and he diligently began documenting his odyssey back into the radically different, technologically advanced so called “Free” world to guide, and to potentially educate others.

Currently, Mike is living in his hometown of Las Vegas, Nevada and is building a relationship with his son, Joey, who was conceived behind prison walls. Now a free man, he regularly speaks to at-risk youths, law enforcement professionals, caseworkers, counselors and parents to warn others about the harsh consequences of bad decisions.